Lee's journey as a musician began on a Casio keyboard with his brothers in the basement of his family home in Atlanta. After his mother suggested he get a $50 used trumpet bought at a friend’s pawnshop, immediately he fell in love with the sound. Not long after, he got a professional horn – a Bach Stradivarius and his affair with the trumpet blossomed. Lee has made influential moves in his career as a trumpeter-in-demand and producer, diligently making a name for himself. When not touring, Lee is in the studio recording and producing songs with such artists as SoNuVo, Felix Peikli, Funktion 11, Mark Ronson, Jadakiss, Fantasia, Missy Elliot, Busta Rhymes, Sheila E, and Prince. 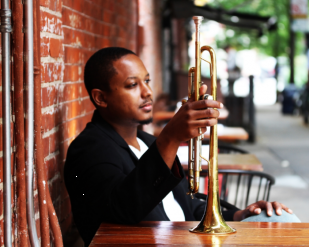