Video on Demand
In your home

Cooped up inside and overcome with boredom, a young boy ventures out of the house to find a little excitement--but it's not the first time. 3 min, 2019.

A beautiful paint-on-glass animation that follows a peasant in a snowy forest. 2020; 5 min.

Nothing to Say in an allegory in which a recent arrival at the zoo, a turtle, challenges the zookeeper and other animals by not speaking on command to receive his food. By revealing his story to the others, the turtle exposes themes of exile and being a refugee in a land that provides for the body at the cost of the soul. Various animation styles used in the film help to uncover the emotional quality of the turtle’s experience. Narrated by Danny Aiello. 2019; 10 min.

An abstract visualization of the Shinto tale of Izanami; the Goddess of Death and Creation. 2019; 7 min.

After learning he has an abnormally small brain, John is prescribed a gun to kill himself. Unfortunately, he learns a gunshot to the head is not quite sufficient for his affliction. 2020; 5 min.

When Dr. Lopez brings Vivian to the morgue to identify her son, she learns that there is no limit to what a mother will do -- and no force she will not turn to -- to bring back her child. 2019; 7 min.

An isolated fisherman's latent grief resurfaces when desperation causes him to look elsewhere for food. 2020; 12 min.

A young woman wakes in a frozen wasteland. Searching for her lost co-pilot, on the run from a totalitarian regime, she discovers a world with many secrets lying beneath its surface. Along the way, she must face the darkness and find her voice if she hopes to survive. 2019; 11 min.

A painter gives three magic pills to his visually impaired girlfriend, then intentionally loses her in the crowd. Thanks to a painting and to the three pills that transform the view into a painting style, she will search for the painter and his secret, without suspecting that, in the shadows, he will observe her during his passionate quest. In French, subtitled. 2019; 15 min.

Future cop Johnny Killfire (John Hennigan) must go back in time and team up with his former self (Sean Marquette) in order to stop the TimeBorgs from getting their hands on an app that could break the space-time continuum by delivering pizzas into the past...before they were even ordered. 2020; 13 min. 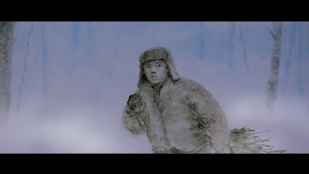 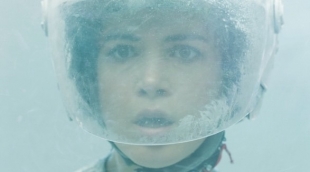