Virtual
In your home.

THIS FILM MAY BE STREAMED FROM NOVEMBER 8 - 22.

The director of the Academy Award–winning Nowhere in Africa delivers a remarkable epic film with the grand dramatic sweep and exquisite visuals of an earlier era. Based on Judith Kerr’s best-selling novel, the film is set in 1933 Berlin and centers on 9-year-old Anna, who isn’t concerned by the societal changes that are occurring and the sense of growing dread as Hitler rises to power. That all changes when her own father—a prominent Jewish journalist and vocal critic of Adolf Hitler—goes missing. As Anna and her family move to Switzerland, and then to Paris and London, she experiences family disruption, dislocation, and assimilation into a new life. Caroline Link’s film provides a touching portrait of the experience of German Jews who fled the country before the war.

"Under conditions where the German elite is again promoting anti-refugee sentiment and encouraging the growth of fascist forces, the release of Caroline Link’s new film is very timely."

Q&A with Caroline Link, Director, on Sunday, November 15, at Noon

Itai, an Israeli boy living in America, dreams of being cast as the lead in the annual school play. When he discovers that once again he is assigned to play one of the trees, he rallies the other tree performers —also immigrants from other countries— to give livelier interpretation of their roles. Itai gives an unforgettable performance in this charming short film that challenges stereotypes and brings people together.

Hebrew and English with English subtitles 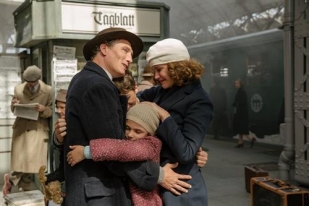 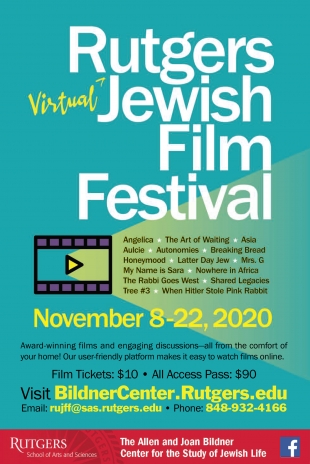