Aries Spears is an American comedian and actor best known for his impersonations of celebrities, with rappers and Hollywood stars being his favorite subjects. He was born in Chicago in 1975, and his family moved to New York City soon afterward, eventually relocating to New Jersey. Spears began performing standup comedy as a teenager, debuting his impression act at Harlem's Uptown Comedy Club. After making television appearances on Russell Simmons' Def Comedy Jam and It's Showtime at the Apollo, he moved to Los Angeles in 1992 and began performing at notable comedy clubs such as The Comedy Store and The Laugh Factory. He also appeared in Cosby Show spin-off A Different World, as well as other television shows such as The Adventures of Brisco County, Jr. and Soul Train. He also starred in South of Sunset along with Glenn Frey, but only the program's pilot episode was aired.

After a 16-year-old Spears appeared in Malcolm X (1992), he landed other film roles, including Home of Angels, Out-of-Sync, and Jerry Maguire. In 1997, he joined the cast of MADtv, where he remained until its tenth season in 2005. During his lengthy run, he created several recurring characters and impersonated dozens of celebrities, particularly rappers such as Jay-Z and DMX as well as actors including Denzel Washington and Arnold Schwarzenegger. His debut album, the double CD I Ain't Scared!, was released in 2005.

After leaving MADtv, Spears appeared in the 2006 film Hood of Horror, as well as television series The Underground and The Proud Family. He impersonated Shaquille O'Neal on Frank Caliendo's Frank TV, and challenged Soulja Boy Tell Em to a rap battle on the radio talk show Covino and Rich. In 2009, Spears appeared in the All Star Comedy Jam along with Cedric the Entertainer. His standup special Aries Spears: Hollywood, Look I'm Smiling aired on Showtime in 2011. He subsequently fell out of the spotlight for a few years, as he went through a divorce. He appeared in the film Promoted in 2015, and participated in MADtv's 20th anniversary special in 2016. Spears' album Comedy Blueprint, with cover art paying tribute to Jay-Z's Blueprint, was released by Comedy Dynamics in 2017. 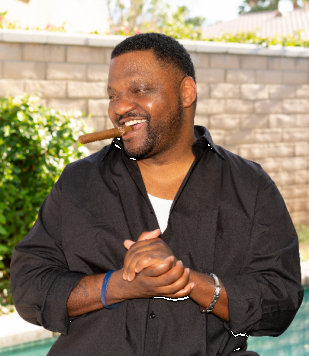