In the early ‘90s, Crossroads’ creative team was approached by a funder of the acclaimed television program Great Performances. They were asked, “if you could film any one Crossroads production for a national broadcast, what would it be?” The team unhesitatingly chose The Colored Museum, written by an emerging playwright named George C. Wolfe. It was a daring choice among the more traditional offerings from theaters nationwide, but their faith in their artist-in-residence was unwavering. Thirty years later, this brilliant, razor-sharp satire has earned itself an unshakeable place in the canon of Great American Theater and is still being produced across America and throughout the world.

Crossroads is proud to present to you the PBS broadcast of The Colored Museum in its entirety. 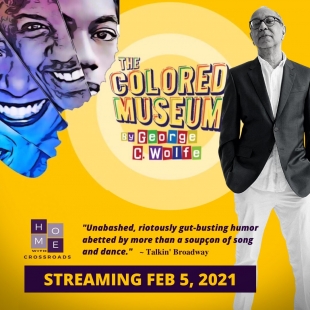