JUN 11, 2021
All the films will be available on VOD (Video On Demand) for 24 hours on their show date. There will also be special Filmmaker Introductions and Q+A Sessions available for many of the films.

The Festival was scheduled to take place at Rutgers University in New Brunswick, New Jersey but because of COVID19, the University will not be having any public events on campus this Summer so the Festival will be a virtual one. It will take place on Fridays, Saturdays, and Sundays between June 4 - 13, 2021. We are using Eventive as our Festival Provider. They have an excellent reputation and have done a masterful job of streaming films for many years.

All the films will be available on VOD (Video On Demand) for 24 hours on their show date. There will also be special Filmmaker Introductions and Q+A Sessions available for many of the films.

Sometimes a little Sin is good for the Soul - Alex Beriault (Bremen, Germany)

Sometimes a little Sin is good for the Soul is an experimental short film that takes place within an architectural, almost painterly world. Interior structures, shapes and colours form together the unusual spaces within which three women are suspended. Somehow their actions and mobility remain bound to their surroundings, and time moves slower than the speed of life to underscore the strange conditions of these subjects. All the while, a glowing red “Exit” sign periodically reappears to tease and perturb its cold, taciturn surroundings, but no matter how often the sign reveals itself, it never points towards any clear way out. Digitized 16mm, 2020; 8 min.

In this exploration of the feeling of being overwhelmed, Sara, a Sisyphean figure, attempts to reach the end of a nightmarish hallway, but finds herself stuck in a strange loop. 2020; 12 min.

Amphibians confronts two universal issues, race and gender. Myster must face the reality of his own dreams or be subjected to a never ending cycle of inauthentic truth. 2020; 12 min.

We are all almost uninterruptedly exposed to countless unfiltered events, both near and far. Reflecting this kind of overwhelming situations the idea for STOP came up. The project can be understood as an action of deceleration, a call for slowdown from a state of sensory overload, a flood of stimuli, that consequently leads to a restriction of our original perception. Contemplation or meditation, an exercise that has had its place in all cultures, offers people the opportunity to experience oneness within themselves and further leads to a feeling of unity with their fellow men. Referring to this project, people from all walks of life, of all ages, religions and race from around the world were and are invited, to take on a sort of meditative sleep state without preparation or artificial setting in their personal environment and stand still for a few minutes, allowing me to record them. During their brief pause the world keeps turning and the grass still grows. The participants are turning towards silence experiencing a gentle stillness spreading throughout themselves. The goal of that continuing project is to collect as many people as possible to participate in the experiment. Experiencing the projection of an “entire world” of people in contemplation also creates a feeling of oneness and inclusion for the viewers. Division and prejudice, whether racial, religious, gender, class or political believes, are thus consequently eliminated in this moment. 2020; 16 min.

Frankston is a study of the place I grew up, a satellite of Melbourne, Australia with affordable housing, nature-strips and beach views. The downright ordinary nature of the opportunities and festivities afforded by Frankston, and the ambivalence one can feel going back there, nonetheless give rise to a new aesthetic: the suburban symphony. In this case the symphony is rendered in strange hues and luminescences as though affirming Robin Boyd’s depiction of ‘the Australian ugliness’ in 1960, where he claims that “taste has become so dulled and calloused that anything which can startle a response on jaded retinas is deemed successful.” 2020; 21 min.

To buy tickets and to see the schedule click here. 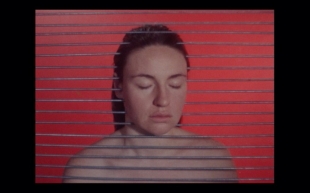 Sometimes a little Sin is good for the Soul - Alex Beriault (Bremen, Germany) 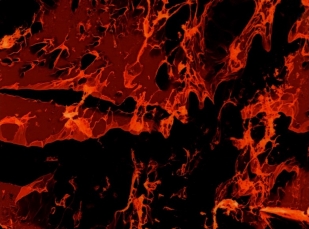