The Rutgers Film Co-op/New Jersey Media Arts Center, in association with the Rutgers University Program in Cinema Studies, is proud to present the Fall 2021 New Jersey Film Festival which marks our 40th Anniversary. Showcasing new international films, American independent features, experimental and short subjects, classic revivals, and cutting-edge documentaries, Fall 2021 New Jersey Film Festival will feature over 20 film screenings. Our 40th Anniversary Festival -- which will be taking place on Fridays and Sundays between September 10 and October 10 -- will be a hybrid one this Fall as we will be presenting the Festival online as well as doing live screenings at Rutgers University. All the films will be available virtually via Video on Demand for 24 hours on their show date. Each ticket or Festival Pass purchased is good for the live and virtual screenings. The live screenings will be held in Voorhees Hall #105/Rutgers University, 71 Hamilton Street, New Brunswick, NJ beginning at 7 PM for each program on their show date. Ticket buyers will also have special access to Filmmaker Introductions and Q+A Sessions for many of the films.

A middle-aged musician, Sofia, has to stay at home in quarantine for 14 days due to the infection of his husband to Covid-19. Sofia's loneliness leads to hallucinations as she feels that she is under control everywhere. Everything gets intensified after the arrival of a mysterious, beautiful woman named Lilith into her house. "Who is Lilith, how she could have access into her house?", while Sofia tries to answer these questions, her negative feelings about Lilith slowly changes; she seems to finally find a moment of peace and happiness in her life before a piece of shocking news once again disturb her life. 2020; 86 min. 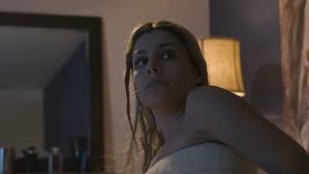