JAN 28, 2023
In-Person at 5:00PM.
All the films will be available virtually via Video on Demand for 24 hours on their show date. Each ticket or Festival Pass purchased is good for both the virtual and the in-person screenings.

All the films will be available virtually via Video on Demand for 24 hours on their show date. Each ticket or Festival Pass purchased is good for both the virtual and the in-person screenings.

A Polar Bear Story is a 3D animated short film that comments on climate change and how it is the primary threat to polar bears as the arctic warms and sea ice disappears. The story follows a young, playful, and mischievous polar bear cub whose playfulness puts him in harm’s way of melting sea ice. 2022; 4 min.

Fereshteh distills the daily reality facing many modern Iranian women, as they enter old age. Alternating between naturalistic observation and imaginative flourishes, this narrative/experimental short film tells a simple story of how an older woman experiences her everyday routine. Since the Islamic Revolution, women in Iran have been required to wear veils in public, but in films, they are required to wear them in indoor settings, as well. This film breaks that taboo of Iranian cinema and shows a woman’s body and bodily functions in a private space. This is womanhood as Iranians experience it, not the idealization of the cleric or bureaucrat. Dialogue is kept to a minimum, the form of the film echoing her solitude. Actions that seem unremarkable from the outside are infused with a search for purpose amid all the mundane challenges, absurdities, introspection, and loneliness that structure her existence. It is, to me, a way of living both poetic and awe-inspiring, indeed the life of a Fereshteh - an angel. In Persian, subtitled. 2022; 15 min.

The Pratt in the Hat – Susan Hillary (Goshen, New York)

Beneath the brims of hundreds of colorful hats is a woman who shares her wisdom, humor, and personal experiences about being black in America, then and now. Frances Pratt’s hats make a bold statement as does her southern charm and pithy expressions which she garnered through a lifetime of service to her community fighting for racial equality, voting rights and education. 2021; 15 min.

When will the warmth come? – Oleksandra Pletenetska (Kyiv, Ukraine)

A video diary by the director in which she documents her emotional states during the full-scale invasion of her country - Ukraine.
2022; 15 min.

Exposed to Each Other – Mersolis Schöne (Vienna, Austria)

Touches are journeys - a film poem about the multi-faceted journey of interpersonal, intercultural encounters. How are we connected with each other? Based on a poetic text collage by Marion Steinfellner, which brings together Indian, Japanese, German, and Austrian texts by Yuko Kaseki, Savita Rani, Mersolis Schöne, and Marion Steinfellner. In English and German, subtitled. 2022; 13 min.

Sympoiesis, meaning "boundaryless" or "making together" is an exploration of co-creation and an attempt to answer the question of where life is trying to go. The film is a recognition that we are as a species just one of many forms of intelligent life, each with its own entangled reasons for being. In an age of self-induced ecological, technological and social collapse, the film is also a comforting reminder that we are no more than adolescents in evolutionary time, a young and fragile species prone to making mistakes, and yet still learning, growing and striving to find its proper place in an inherently symbiotic world. 2022; 5 min.

For three decades, pianist, playwright, actress, poet and composer, Marjorie Eliot, turns her sadness and tragic loss into joyful weekly performances of love and camaraderie in her Harlem apartment. 2022; 8 min. 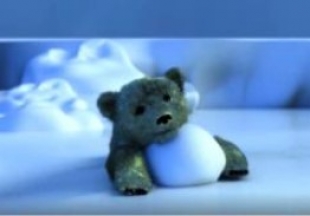