American Repertory Ballet’s mission is to bring the joy, beauty, artistry and discipline of classical and contemporary dance to New Jersey and nationwide audiences, and to dance students through artistic and educational programs. The organization comprises: the preeminent professional classical and contemporary ballet company in the state; Princeton Ballet School, one of the largest and most respected non-profit dance schools in the nation; and ARB’s Access & Enrichment initiatives, including the acclaimed DANCE POWER program, the longest, continuously running community and arts partnership in New Jersey.

George Street Playhouse is a nationally-recognized professional producing theatre company committed to the production of new plays and musicals, and has been represented by numerous productions that have moved to New York, both on and off-Broadway. In addition the Playhouse fills a unique theatre and arts-in-education role in our city, state, and greater metropolitan region.

The Mason Gross School of the Arts is the fine and performing arts conservatory of Rutgers, The State University of New Jersey, with undergraduate and graduate programs in dance, film, music, theater, and visual arts. The school also provides the larger community the opportunity to embrace the creative arts through online courses and arts instruction for all ages and abilities. Students, award-winning faculty, and notable visiting artists are featured in the more than 550 events per year that take place at the Mason Gross Performing Arts Center & Galleries.

Crossroads Theatre Company, recipient of the Tony Award for Outstanding Regional Theatre in the United States, is the nation’s premier African American theater. Since its founding in 1978, Crossroads has produced over 100 works, many of which were premier productions by the world’s leading African and African American artists. Crossroads has filled an otherwise empty space on the cultural canvas with a collective body of work that remains unparalleled by any other theater in the nation. Crossroads continues to embrace its responsibility to put forth realistic, multi-dimensional images of Black people, and remains committed to spreading the truth far beyond its New Brunswick home to reach other New Jersey communities as well as national and international audiences. 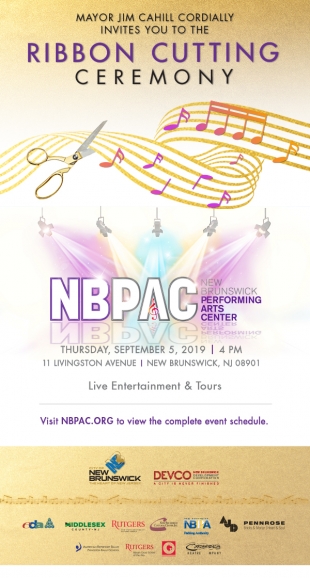