Grand Destinations All Within Reach

New Brunswick is Known as the Hub City

From its early beginnings, New Brunswick was a vibrant center for distribution and commerce due to its geographic location on the Raritan River. It served as our country's connection to Pennsylvania coal and western goods. Today, many of these old colonial lines connecting Philadelphia to NYC, the Jersey Shore and all stops in between, are now the modern transportation conduits that make New Brunswick known as the "Hub City". When you're in New Brunswick City Center, you have unsurpassed, convenient access to all points of interest. 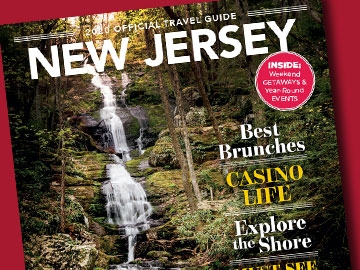 Whether your day trip, weekend excursion, or vacation includes visiting family and friends, basking in the sunshine, or exploring cultural delights, the VistiNJ.org New Jersey Travel Guide serves as your compass, your itinerary, your fact sheet, and menu board as you make your way around the Garden State. Customize your visit with detailed travel itineraries with unique options – from places to visit, accommodations and seasonal activities to what to eat and where.

Start planning your trip with the Official NJ Travel Guide. 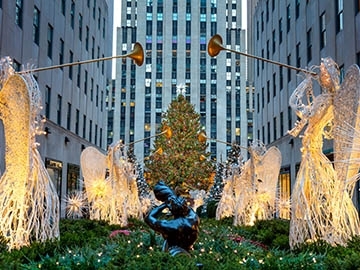 New Jersey has so much to offer from beaches to mountains, small towns and thriving urban centers, not to mention the Statue of Liberty, but accessibility to major metropolitan cities is also just a short trip away. Visiting the Big Apple - New York City is convenient by mass transit or car. The New Brunswick Train Station is located on the Northeast Corridor Line, the busiest train line in the country, with multiple daily departures to New York City and Newark International Airport. New Jersey Transit offers bus service as well. Travel time to New York City is approximately one hour.

Rutgers University and its New Jersey neighbor, Princeton, played the first game of intercollegiate football on November 6, 1869, on a plot of ground where the present day College Avenue Gym in New Brunswick now stands.

Rutgers, played its first game at "old" Rutgers Stadium across the river on the Busch Campus in Piscataway on November 5, 1938. The new 41,500-seat stadium, built on the same site, became home to the Scarlet Knights in 1994.

Now known as SHI Stadium, the stadium was expanded in 2009 to its current seating capacity of 52,454 and hosts football, lacrosse, and various events throughout the year. 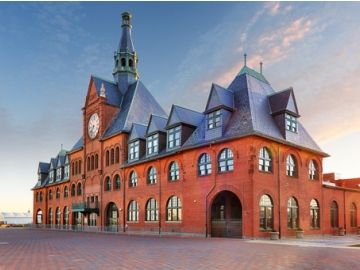 New Brunswick is only a 45-minute drive to one of the state's most dramatic parks, Liberty State Park, which offers 1,122 acres of spectacular views of the Manhattan skyline, and 300 acres of public recreation, the Statue of Liberty, Central Railroad of New Jersey Terminal, and a spectacular backdrop of Ellis Island, accessible by ferry service, providing exhibits and historical tours to visitors of all ages.

The western portion of the park offers the state-of-the-art Liberty Science Center with 12 galleries offering hundreds of interactive science and technology exhibitions for every age. Here you will experience movies like never before in the nations largest IMAX Dome Theatre where films are shown on a screen 88 feet in diameter and multiple selections of 3D films at the Joseph D. Williams Science Theater. 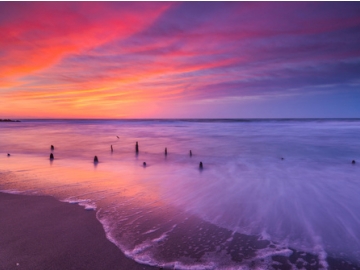 Head Down the Shore

You've heard the hype, but now experience the reality - New Jersey's 130 miles of coastline, from Sandy Hook to Cape May offers a multitude of experiences. Whether you are looking to relax and soak up the sun on a pristine beach, climb a lighthouse, or "walk the boards" on our famous boardwalks, there's something for everyone.

New Brunswick is only an hour's drive away from famed shore locations, such as exciting Asbury Park, historic Ocean Grove, or family friendly Point Pleasant. Also within a day's trip distance is Atlantic City, Victorian Cape May, and Gateway National Recreation area, making New Brunswick a perfect central location for all your adventures.