Enriching People's Lives with World-Class Theatre
Founded in 1974, George Street Playhouse has become a nationally recognized theatre, presenting an acclaimed mainstage season while providing an artistic home for established and emerging theatre artists. The Playhouse will stage its 2017-18 and 2018-19 seasons in its interim theater at 103 College Farm Road in New Brunswick, N.J., before taking residence in a new, downtown performing arts center for the 2019-20 season. Its leadership consists of Artistic Director David Saint and Managing Director Kelly Ryman. Through the years, the Playhouse has been represented by numerous productions both on and off-Broadway, including the Outer Critics’ Circle Best Musical Award-winner The Toxic Avenger; the Outer Critics Circle, Drama Desk and Drama League nominated production of The Spitfire Grill; and the Broadway hit and Tony and Pulitzer Prize-winning play Proof by David Auburn, which was developed at GSP during the 1999 Next Stage Series of new plays. Curvy Widow, which closed the Playhouse's 2016-17 season and was the final show in its longtime Livingston Avenue venue, moved off-Broadway in Summer 2017. In 2015, George Street Playhouse was represented on Broadway by It Shoulda Been You, and off-Broadway by Joe DiPietro’s Clever Little Lies, both of which premiered at the Playhouse. In addition to its mainstage season, GSP’s Touring Educational Theatre features productions focused on bullying, nutrition, and tolerance that are seen by more than 35,000 students annually. George Street Playhouse programming is made possible in part by funds from the New Jersey State Council on the Arts/Department of State, a partner agency of the National Endowment for the Arts. 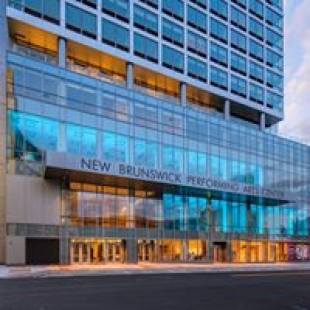 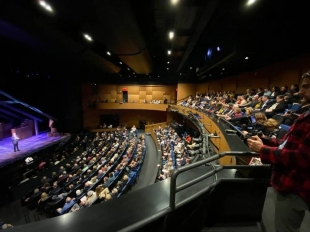