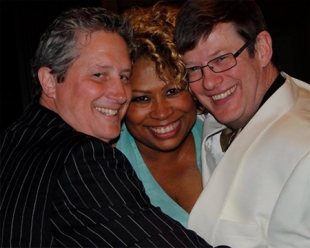 NBJP has also developed supportive, wide-reaching relationships with musicians who understand that the Project’s mission is to keep the only original American art form, jazz a vital part of the places where it began—in local communities. “Jazz shouldn’t only be found in New York, New Orleans and Kansas City or at annual festivals. The music should be everywhere–all the time.” New Brunswick is ranked #6 on a list from Movoto.com of the 10 Most Exciting Small Cities in America with live music being cited as one of the deciding factors.

In 2013, The New Brunswick Jazz Project collaborated with the five-year-old Somerville Jazz Festival to form two days The Central Jersey Jazz Festival. In 2014, the Festival, which takes place the second weekend in September added the township of Flemington and now the three day, three cities, FREE musical event draws approximately 12,000 jazz lovers to the region.