The Soup Kitchen hours of operation: Tuesdays from 11am through 12:30pm.

THE EBENEZER BAPTIST CHURCH
Celebrated 145 Years in 2018: "A Great Journey of Faith"

Over one hundred and forty-five years ago, Ebenezer Baptist Church was founded by a small group of Christians who migrated from Virginia and two natives of New Brunswick, Hannibal Brown and his mother, Mrs. Betsy Ann Brown. The first services were held in a private home at 188 Handy Street, the Moody family residence.

Ebenezer is the daughter of the First Baptist Church of New Brunswick who poured out spiritual and financial support for many years. It is the third oldest Baptist church established by blacks in New Jersey. The first church, whose edifice faced Comstock Street, was built in April 1875 on the land that was bequeathed to us by Samuel Ballard, a resident and trustee of the First Baptist Church. Among the first members were Edward Jeffries, Ebenezer Midgitt, Whitfield Love, Giles Jeffries, Elijah, Jennie Mosely, Alexander Obie, Armstead Elam, Sally Moore, and Archie Hardy. Reverend William Wallace was the first pastor.

The Church was incorporated July 14, 1913, after a notice was posted ten days prior at a place where members assembled for public worship at the church building corner of Lee Avenue and Comstock Street. Fifty members were present, and the church was named Ebenezer Baptist Church out of respect for the devout founder Mr. Ebenezer Midgett.

In May 1922, First Baptist Church, under the pastorate of Rev. J. Bruce Gilman, turned over the property to Ebenezer free and clear. Under the leadership of Reverend Charles C. Weathers, the ground was broken for the present building on Sunday, August 12, 1923. The church was completed in 1926 at a cost of $40,000.

Sunday, February 24, 2008, the block of the street on which Ebenezer stands was re-named “Rev. Dr. Lonnie Ford Place” in honor and memory of Dr. Ford who was Ebenezer’s pastor for nearly 32 years, the longest period of leadership for any other pastor in Ebenezer’s history.

The Reverend Dr. Gregory L. Wallace is currently serving as pastor at the historic Ebenezer. Since his unanimous confirmation [1.18.2009], Reverend Dr. Gregory L. Wallace, D.D.E., Ph.D., is witnessing a continued enthusiasm in the life of Ebenezer Baptist Church. His dynamic pastoral style and devoted compassion for Ebenezer and its community inspired energy and growth. In 2012, Children’s Church was established and is held at the Church Center for youth ages 5 to 17. Auxiliaries and clubs approach their missions with enlivened passion as Rev. Wallace serves in concert with the Ebenezer congregation to continue the work for the kingdom.

From 2015 to present, Rev. Wallace further inspired “Each One Reach One for Christ, an evangelical campaign wherein he and a team of Ebenezer members visited/visits throughout the neighborhood teaching and spreading the WORD to bring souls to Christ.

The Soup Kitchen
Feed My Sheep Ministry
"The Bible says, FEED MY SHEEP and I do so, as a brotherly lamb."
~ The Reverend Dr. Clarence Brown, Sr. ~

On Christmas Eve 1989, the Ebenezer Baptist Church Soup Kitchen was organized and started by the late Reverend Dr. Clarence Brown, Sr. and his wife, Deaconess Annye Brown. Under the pastorate of the late Rev. Lonnie Ford and the continued leadership of Rev. Gregory Wallace, Rev. and Mrs. Brown directed and maintained an established feeding operation that served meals to the homeless and needy for twenty five years [1989-2014].

Volunteers are needed, always. At present, a back-up chef and cook are needed to help prepare food on Tuesdays when our assigned chef and cook are unavailable. If you are available, please contact Brother Victor Hoagland by calling the EBC Office at 732.247.2459.

The Soup Kitchen hours of operation: Tuesdays from 11am through 12:30pm.

Monetary donations support this outreach and our mission of feeding those in need. If you would like to provide financial support, please make checks or money orders payable to Ebenezer Baptist Church and mail to 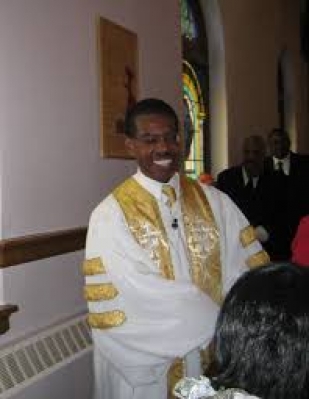 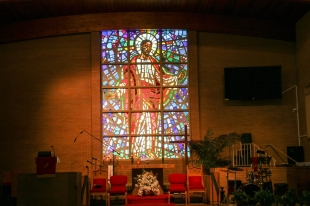