Cheryl Smith arrived at her desk at the firehouse one recent morning and got right to tackling some paperwork and paying some bills. A little while later, she was recruited to feed an early lunch to some of the city’s seniors.

“I do a lot of whatever needs to be done,” she said. “Like the firefighters, I just put out fires, small fires.”

Smith is one of TAPinto New Brunswick’s People to Watch in 2023 because of her vital position as an administrative assistant to Director Robert Rawls and the integral role in helping the city’s fire department run smoothly.

Smith takes care of those who take care of the city, simply put.

Smith worked in Corporate America for about 25 years before one afternoon when the bosses called her upstairs and told her she was being let go. She was leaving with a generous severance package, but it still stung.

Looking for a job just so she could have health insurance coverage, she landed in a position within a different department inside the city. Six years ago, Rawls brought her into the fire department.

“I had never been in a firehouse until the day I started,” Smith said. “I’m a city girl. I grew up here, but I never took a trip to the firehouse. So, I was apprehensive. There was a lot to learn because we have four shifts. I had to learn the boss and the four bosses under, and then the 90 people under them. I was terrified, but once I learned everybody and they learned me, it worked well.”

It didn’t take long for Smith to become part of what she calls a family of 102 members. And since the husbands and wives of the firefighters are often calling her to ask questions about benefits and payroll, the family is constantly growing.

“You just grow relationships,” she said. “I’ve been to christenings, weddings, funerals, you name it. We’re just a big family.”

A big family that cares for community members as if they were family members.

The former captain of the New Brunswick High School color guard and member of the graduating class of 1980 loves going with the firefighters to schools to teach kids about fire safety. In fact, she went out and bought ponchos to give out to the students. She’s also hoping to revive a program in which the New Brunswick Fire Department partnered with the Red Cross to go door to door and check smoke detectors.

Smith, who has two children and seven grandchildren, also has a spot in her heart for the most vulnerable in the community. The woman who has been known to bring hot soup to homeless people and plan a firefighter-for-a-day party for a Make-A-Wish child was a one-person coat drive last year. She collected more than 100 of them, moved by seeing people out on Joyce Kilmer Avenue without anything to keep them warm.

“We gave them out to the community,” she said. “People would just stop by the firehouse. We put out some posters and then through word of mouth, the would come by. We raised the bay doors and said, ‘Come on, you want a coat?’ You’d be surprised how many people came out.”

“Right now, we are focusing on getting two trucks back from the mechanic,” she said. “We had to bill a few people. Some days, I jump in and drive an officer to get the truck. Some days I’m here. No two days are the same.” 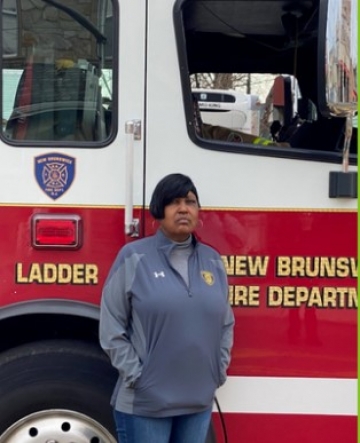 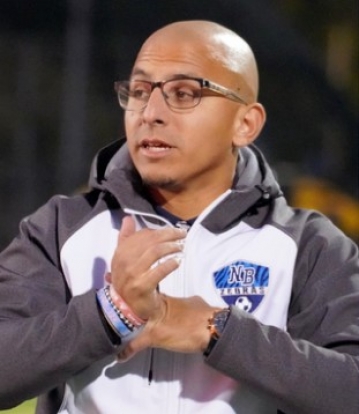