Rutgers Defeats No. 1 Purdue for the 2nd Year in a Row

Coming up big at the end of the game was Junior guard, Cam Spencer, hitting the game-winning three-pointer in Rutger’s final possession.

Check out the post game press conference here and catch the rest of the Rutgers Big 10 Basketball action on their mission to get to the NCAA Tournament for the 3rd year in a row. 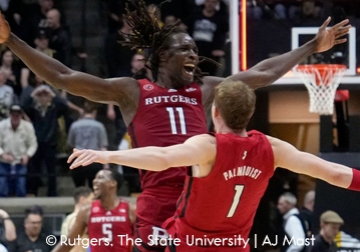