December 5, 1933 prohibition ends, and not long after that Angie’s bar opens at the corner of Louis and Hamilton Street in New Brunswick. Angie’s was a shot and a beer kind of place, a typical local neighborhood watering hole. Most of the customers were hunters and fishermen, which led to a Hunting and Fishing Club using the bar for its regular meetings and social gatherings. Although it was only a few blocks from College Ave, students were discouraged from patronizing the bar by the owner and the regulars.

This all changed on August 5, 1974, when Angie’s was reopened as The Ale ‘N ‘Wich Pub. The game room was originally a kitchen, that’s where the ‘Wich part comes from, it was converted in 1980. You can still see the white tiles on the wall, where the grill used to be. The outdoor patio was fenced in around 1991.

Many famous people have crossed our threshold during the past 32 years. Jim Bajak, lead guitarist for The Smithereens, who used to live right across the street, and hung out in the bar on a regular basis with the rest of the band before and during their rise to fame. There is the New Brunswick legend that Jerry Garcia stopped in one night and sat at one of our old tables. That table is still on the premises, in a safe and secure location. Various members of the band Phish and their Phish groupies used to come by when they played locally back in the ’90s. James Gandolfini, from The Sopranos, and his college buddy Mario Batali, the chef from The Food Network, have stopped in a couple of times over the years. Gandolfini lived in the Brookside apartments during college, so he was probably a regular back then as well.

Various members of the infamous New Brunswick all-star band The Slaves Of New Brunswick stop in now and then to soak up the vibe they are; Jig’s from Jigs and The Pigs, Tony Shanahan the bass player in The Patti Smith Band, and local rock legend singer, songwriter, solo artist and former member of Styx Glen Burtnik.

If you haven't been to the Wich in a while, you should stop by to see all the great changes. We took down the nasty drop ceiling and restored the original tin ceiling. New fans, new low-level lighting fixtures over the tables, new lighting over the foosball table. Outback, well you have to see it to believe it. Where else is there a Pub in New Brunswick, that doesn't serve food but lets you bring/order in your own, that has a covered outdoor smoking patio, where you can drink and smoke at the same time? It’s still the same ‘Wich, with the friendliest staff and great beers on tap.

The Wich is handicap accessible via the side gate on Louis St. Just call 732-745-9496 for assistance. Be aware that we are in a residential neighborhood, we do not have a parking lot and all parking on Louis Street is a resident permit required, except from 12:01 am Saturday to 12:01 am Monday, you can park any time on Hamilton Street. 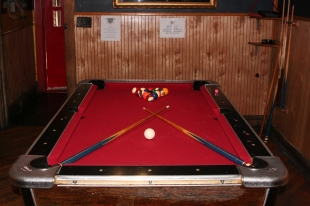 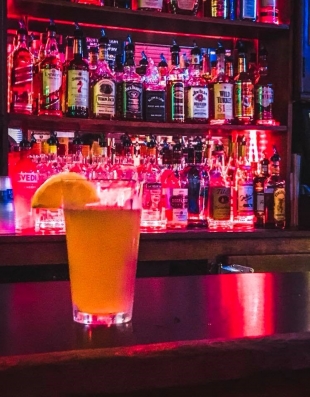